Rob's Grandparents, Dana and Bertha, built a trucking company called Blue Line Express in the 1930's moving textiles and foodstuffs from the hinterlands of New England to the great port of Boston. As a sign of their newly won prosperity, in 1950 they purchased a cabin cruiser named Blue Star, which they kept on Lake Winnipesaukee, in the beautiful White Mountains of New Hampshire.

Rob's grandfather was very proud of Blue Star, entertaining family friends and business clients at lavish dinner parties onboard. He even commissioned several works of art featuring her.

Founded in 2012, Rob named this flight school Blue Star Aviation Services in honor of his grandparents and their beloved cabin cruiser. For, as Rob's cousin David had engraved on a memorial to Dana Clark located at the former site of Blue Line Express, “He brought his family happiness by the truckload.” 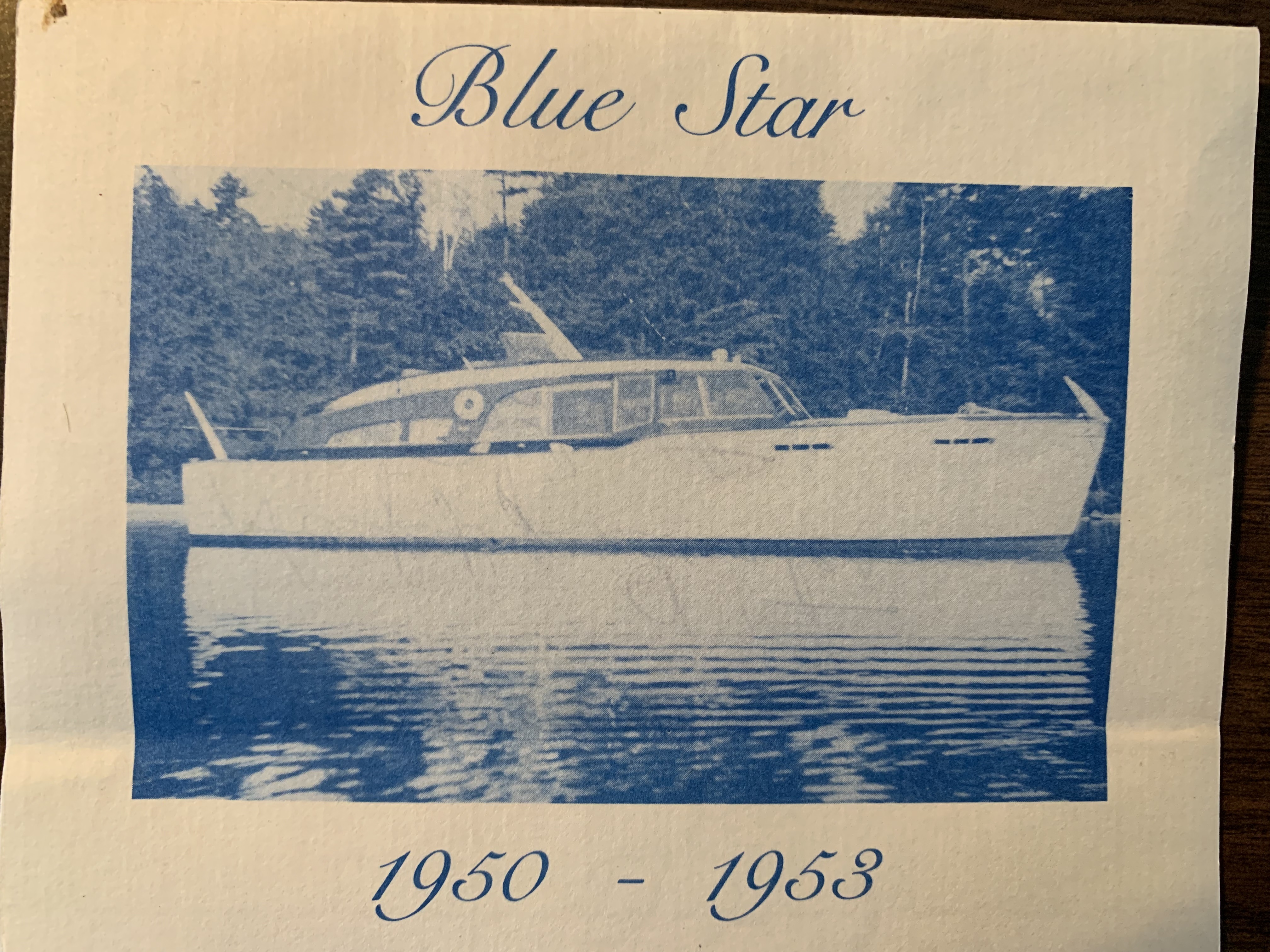